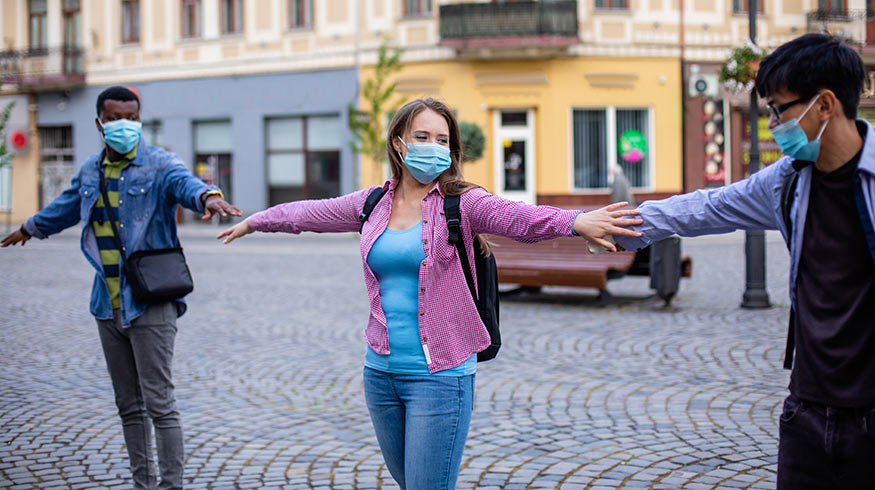 Vaccine mandates, quarantines, and other measures intended to slow the spread of disease and ensure public safety have been a part of U.S. culture since George Washington commanded that his troops be inoculated against smallpox in 1777, ordering a strict quarantine of the affected troops and any civilians showing signs of the disease.1 In the nearly two and a half centuries since, government authorities at the federal, state, and local levels have enacted numerous laws and regulations aimed at protecting the public from dangerous diseases, and courts have repeatedly sided with government authorities when these laws have been challenged, asserting that while the Constitution prioritizes individual freedom, that freedom does not allow citizens to endanger colleagues, friends, and other members of society. Most notably, in 1905, the U.S. Supreme Court ruled in Jacobson v. Massachusetts that the state could enforce immunization requirements and quarantines to defend against diseases that threatened the safety of their communities, establishing standards for when it is acceptable to do so,2 and later, in Zucht v. King, ruled unanimously that states can require children to be vaccinated to attend school.3

However, while public health mandates have been a part of American culture since the country’s founding moment, resistance to immunization treatments has an even longer history, dating back to Westerners’ suspicious assessment of Chinese inoculation practices that had been used to protect children against smallpox since the eleventh century.4 Suspicion, hesitancy, and organized resistance have accompanied vaccination regimes implemented to fight smallpox, measles, and polio as well as other common diseases over the past two centuries on the basis of religious and ethical beliefs, cultural biases, anger about government overreach, and skepticism of science despite overwhelming evidence that vaccinations saved lives and reduced suffering. So, perhaps, it is not surprising that resistance to vaccinations, mask-wearing mandates, and other public safety measures have played a significant role in the trajectory of the COVID-19 pandemic in the U.S. and elsewhere.

On Friday, October 1, 2021, the U.S. death toll from COVID-19 crossed the 700,000 mark, surpassing the 675,000 deaths from the influenza pandemic of 1918 and 1919 over a century before5 and totaling more than all the deaths in America’s wars in the twentieth and twenty-first centuries combined.6 This grim milestone occurred in spite of freely available, highly effective vaccines and scientific consensus around the effectiveness of social distancing and mask-wearing in public spaces to reduce the spread of the highly contagious pathogen. It also serves as a reminder that epidemics are as much social phenomena as they are biological ones.

The COVID pandemic is not merely a crisis of public health, it is a crisis of faith in American institutions and in our civil society. Political polarization has confounded efforts to build consensus about how to combat the disease and increased distrust and resentment. The perspectives and resources collected here provide a humanistic context to help understand the complexities of the current crisis. They also suggest ways the humanities can ameliorate suffering and mitigate future crises by forging connections that simultaneously recognize and transcend our individual needs and identities by encouraging us to embrace our role as citizens and community members.